A.P. ARUL JOTHI – FOUNDER, Thiru A.P. Arul Jothi was the only son of Thiru. A.V.Palanisamy Gounder. He was a grand Landlord and also he was known for his social awareness and service at large.. 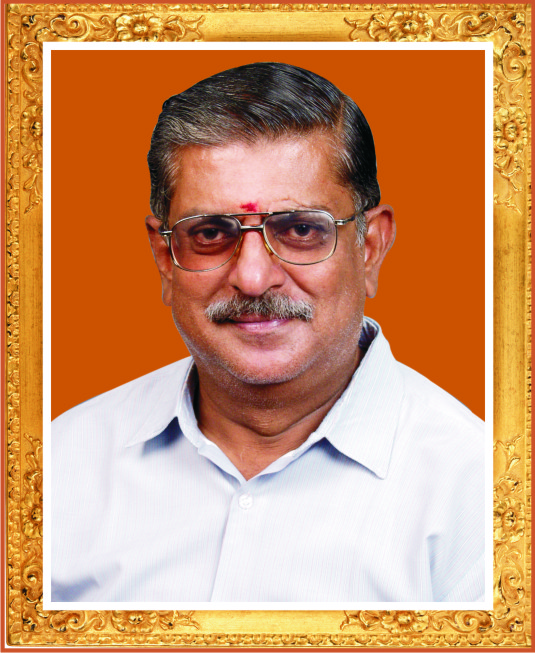 Thiru A.P. Arul Jothi was the only son of Thiru. A.V.Palanisamy Gounder. He was a grand Landlord and also he was known for his social awareness and service at large.. He always thought of the poor and common man’s upliftment. He had conducted many social dramas to educate and eradicate the social evils in the society. Thiru A.V. Palanisamy Gounder was a member of erstwhile Coimbatore District Board. Thiru A.V. Palanisamy Gounder also founded a metal worker’s Co-operative society at Anupparpalayam and helped the workers to free from the Bonded Labour. After his father, A.P. Arul Jothi was elected as successive president.

Thiru. A.P. Arul Jothi was inspired by the deeds of his father and wanted everyone to remember his parents forever. So, he established a Trust in his father’s name A.V.P. TRUST., and in his mother’s name A.V.P. LAKSHMI AMMAL TRUST. He was the founder chairman of both the trusts. Thiru A.P. Arul Jothi was a village Munsif of Chettipalayam in his younger days. He was also elected as the President of Chettipalayam Panchayat and worked for the welfare of the people. A.V.P. TRUST started a National Matriculation Higher Secondary School in 1989. A.V.P. LAKSHMI AMMAL TRUST started school for the benefit of specially disabled children with hearing impaired and speaking impaired. Many children are benefited by this school.

In commemoration of celebration of SILVER JUBILEE of A.V.P. Trust National Matriculation School during the year 2015, Thiru. A. Karthikeyan, the only son of the Founder, established a new Trust – “A.P. ARUL JOTHI EDUCATIONAL TRUST” and started a new Arts and Science College in the name of A.V.P. COLLEGE OF ARTS AND SCIENCE at 4- Chettipalayam, Thirumuruganpoondi, in the Corporation limit of Tirupur, during the academic year 2015-2016. This college serves specially for the economically downtrodden and needy girl students.

Open chat
1
Hello 👋😃 !
Welcome to A.V.P. College of Arts and Science.
Are you Looking for admission ?